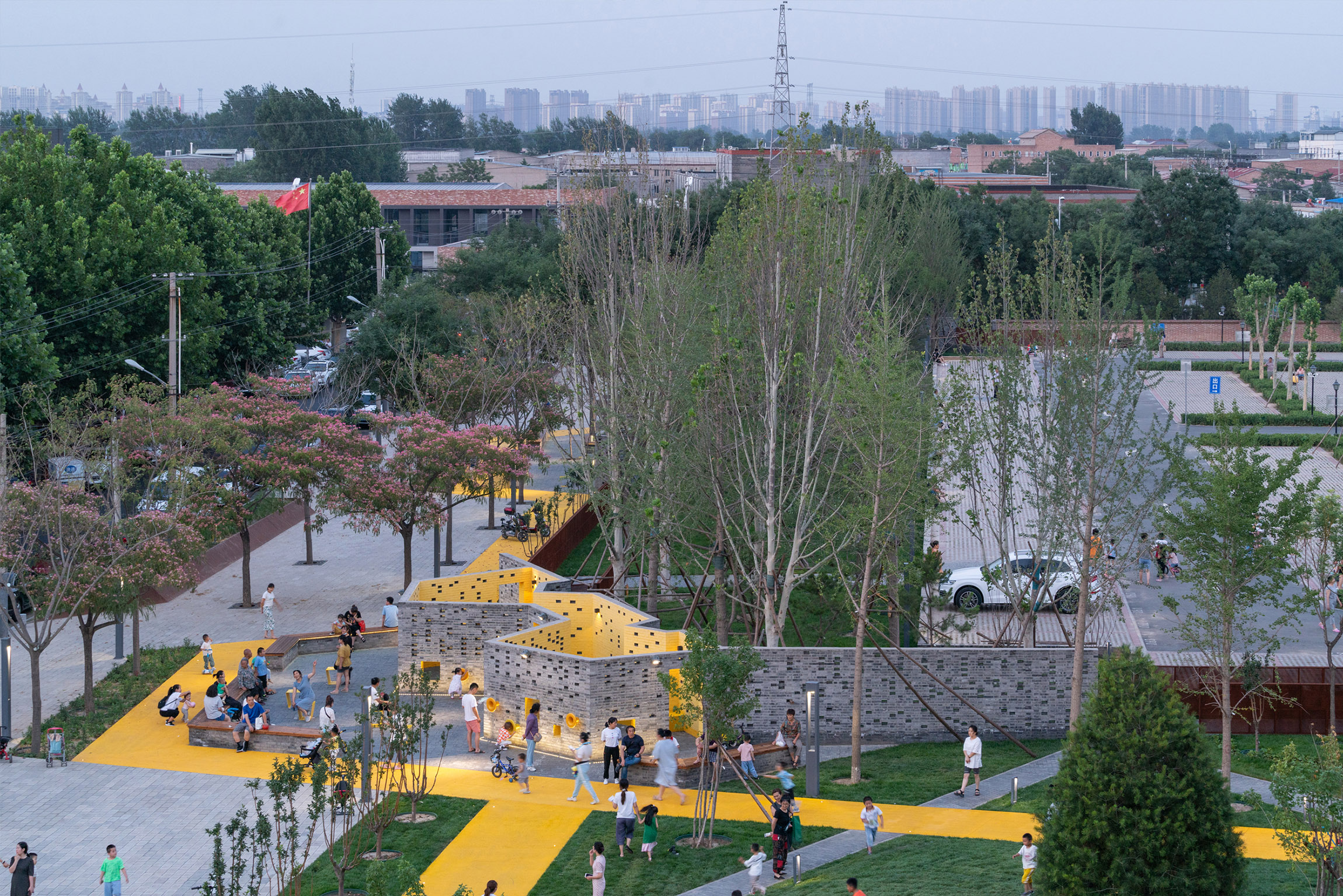 The park is created to suit the site environment with a proper choice of material and plantation, combined with carefully designed spatial configuration, sequence, and atmosphere. 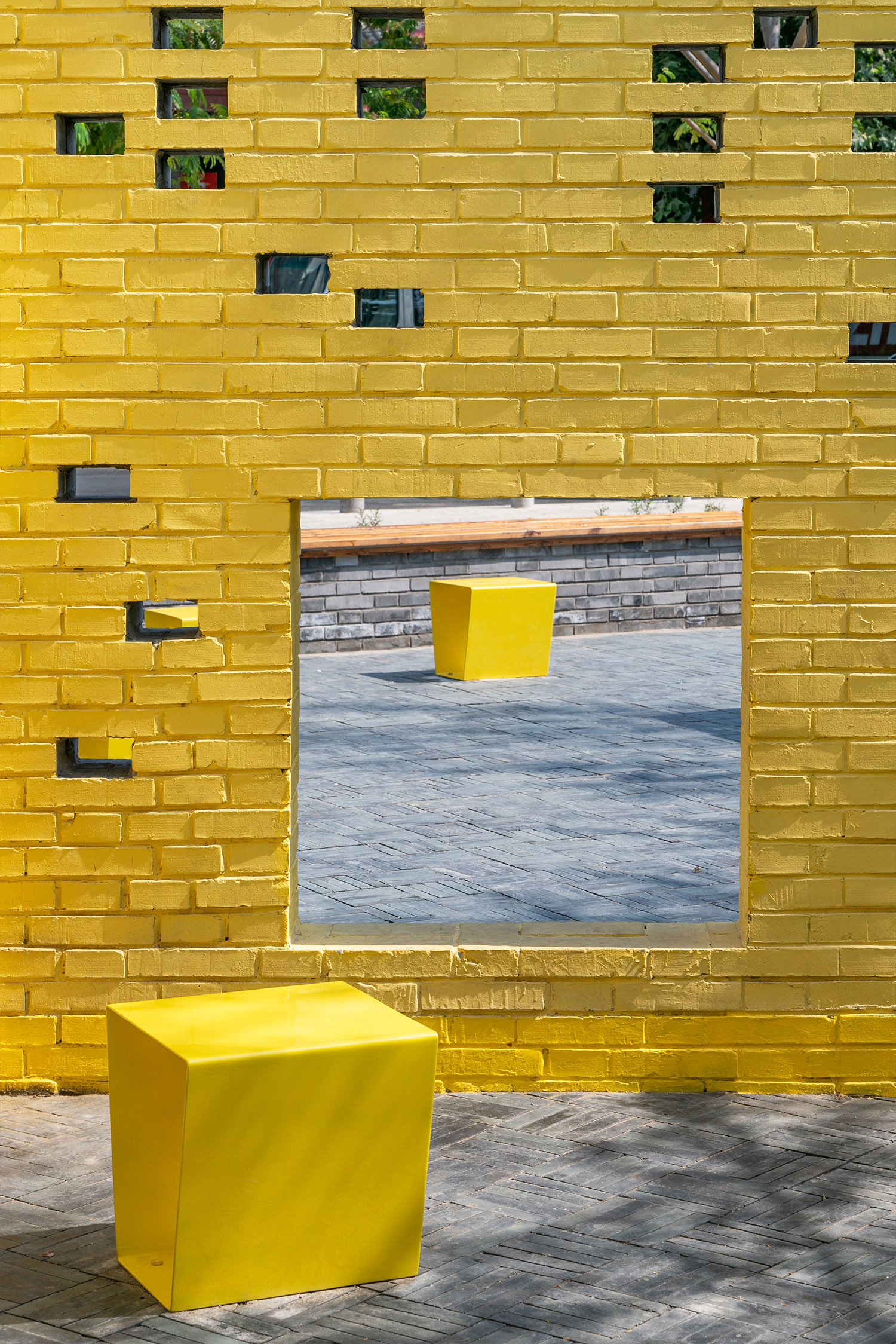 The L-shaped plot features a series of outdoor ‘rooms’ – spaces, whose designs trigger but not limit certain uses – along a linear loop track, a connecting element meandering between street side pavement to an extending park
These rooms offer different levels of enclosure and boundary following a sequence. 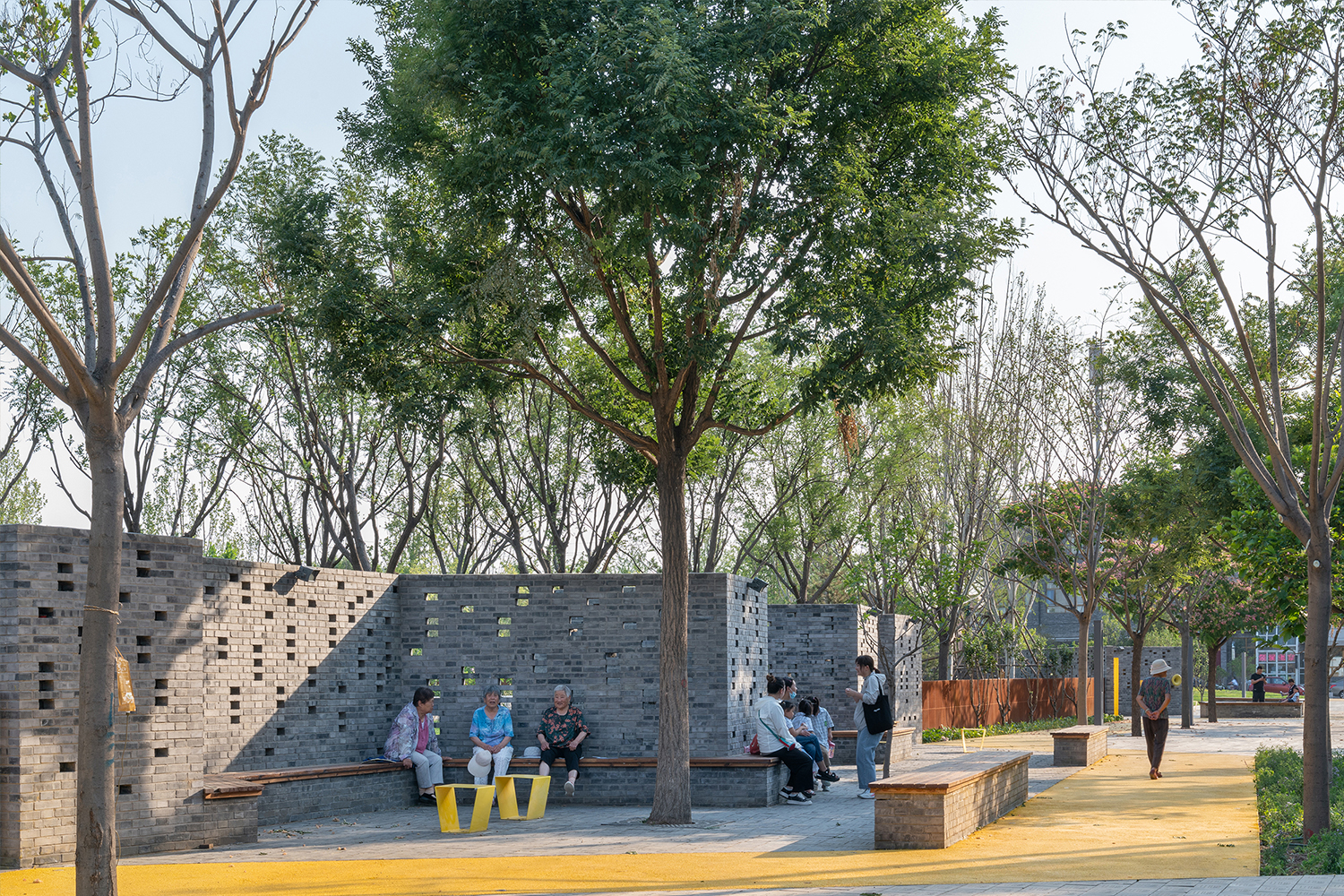 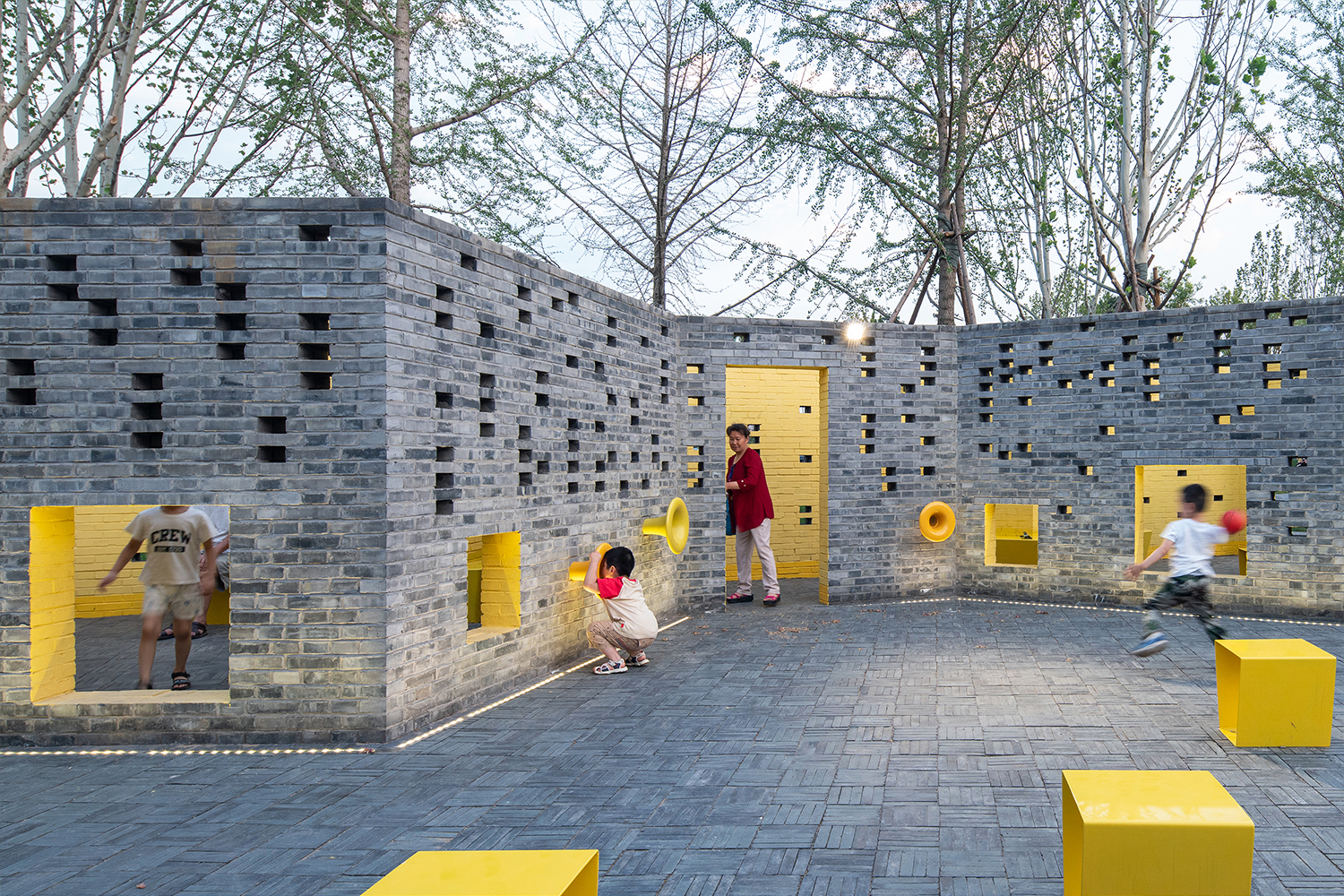 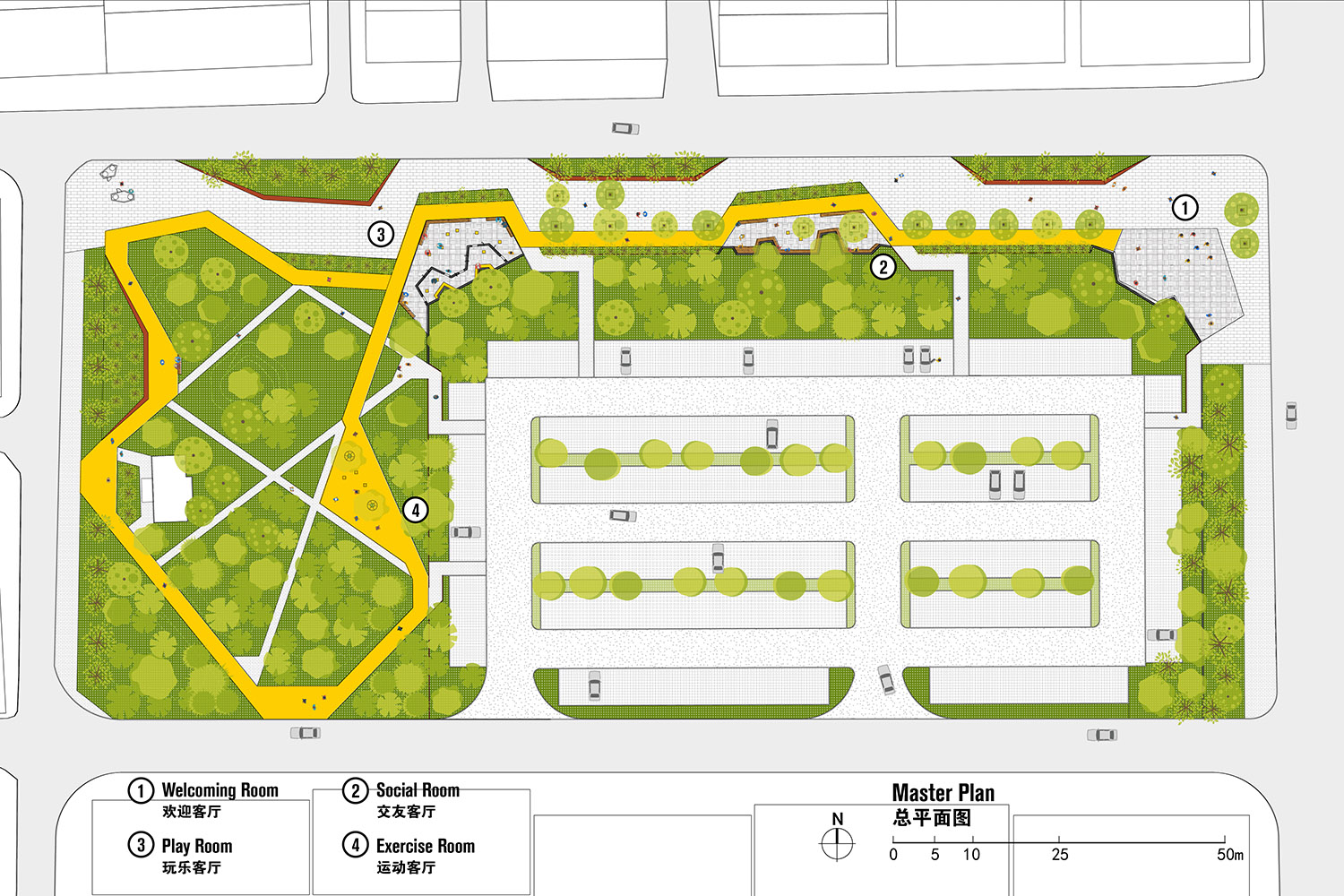 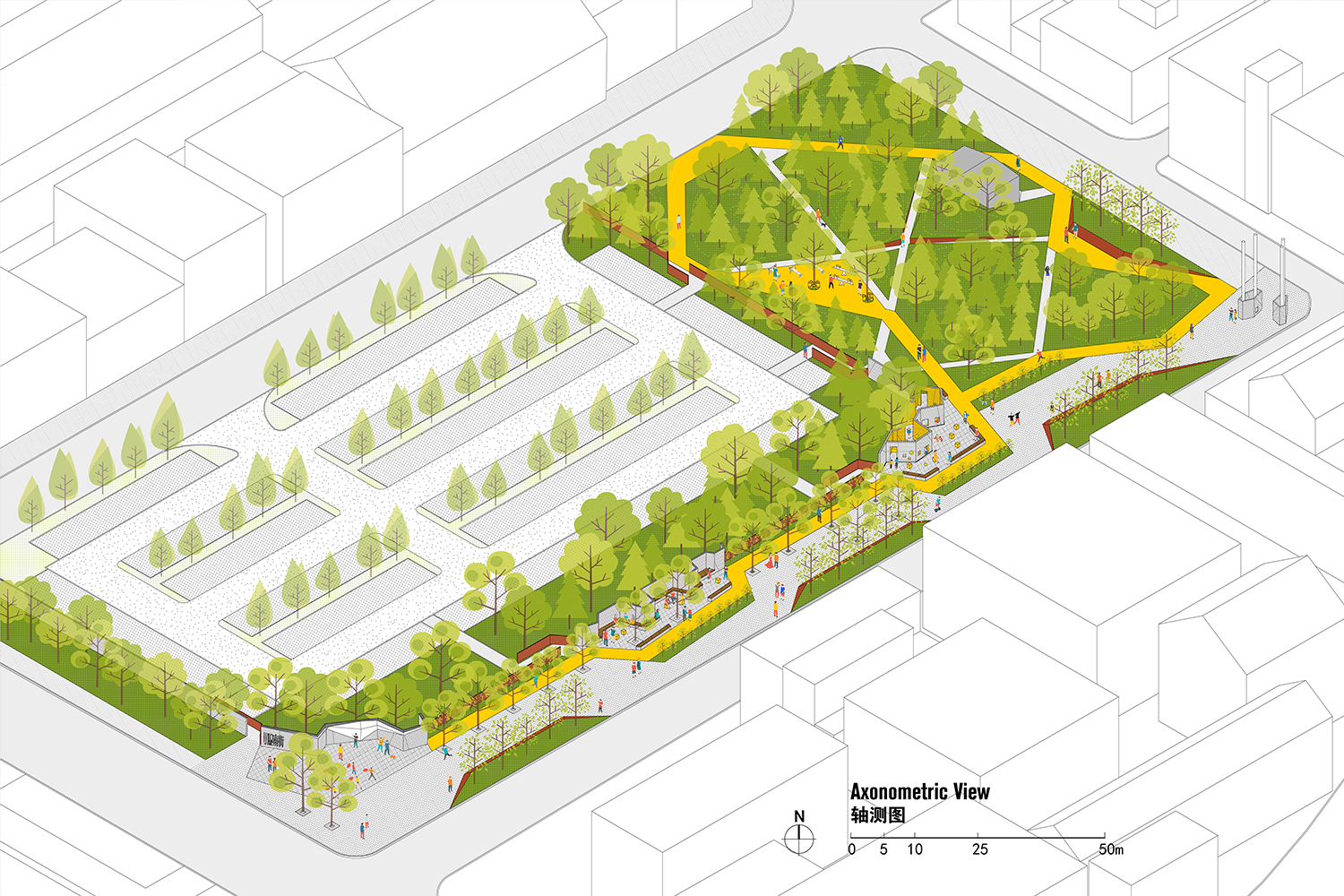 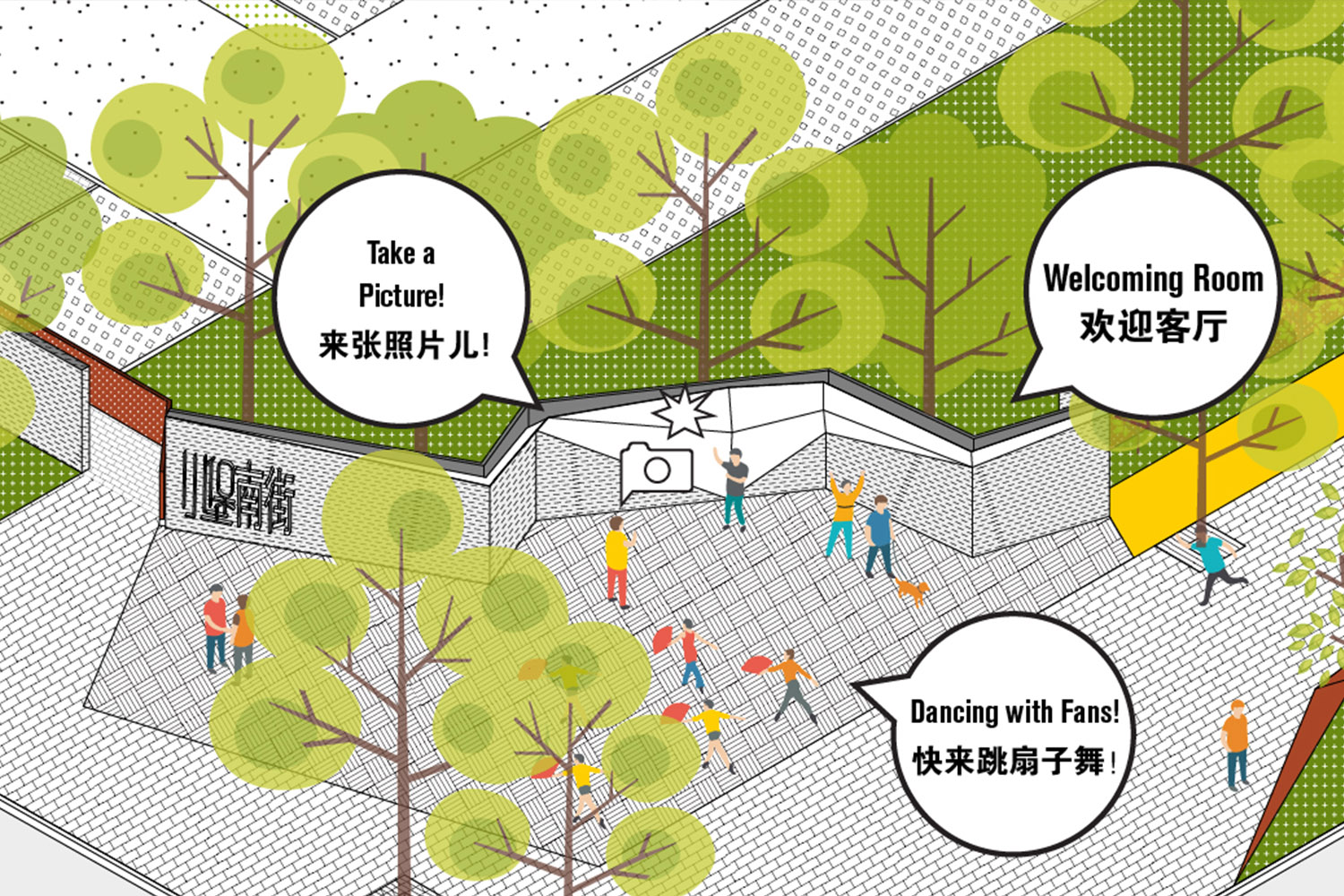 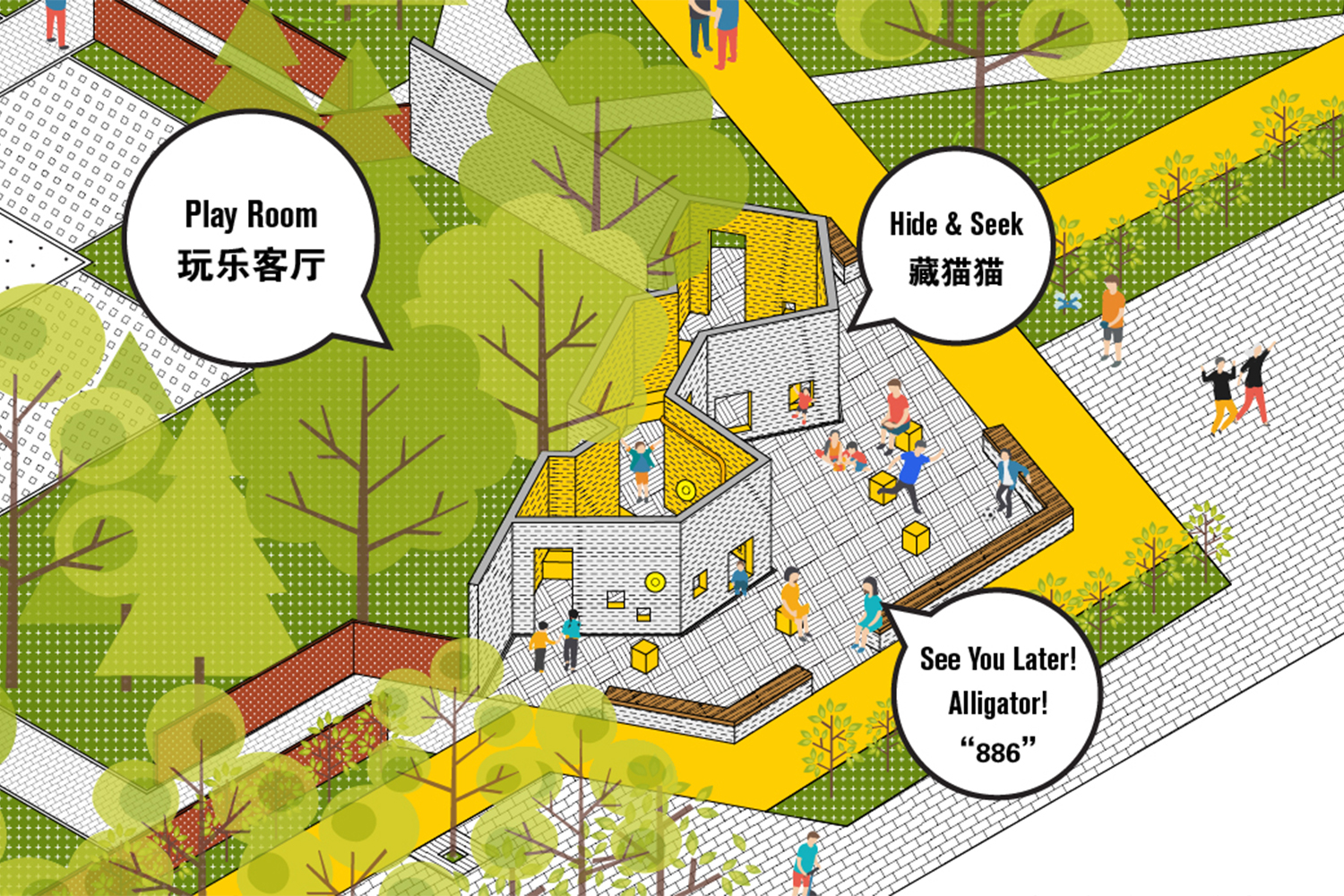 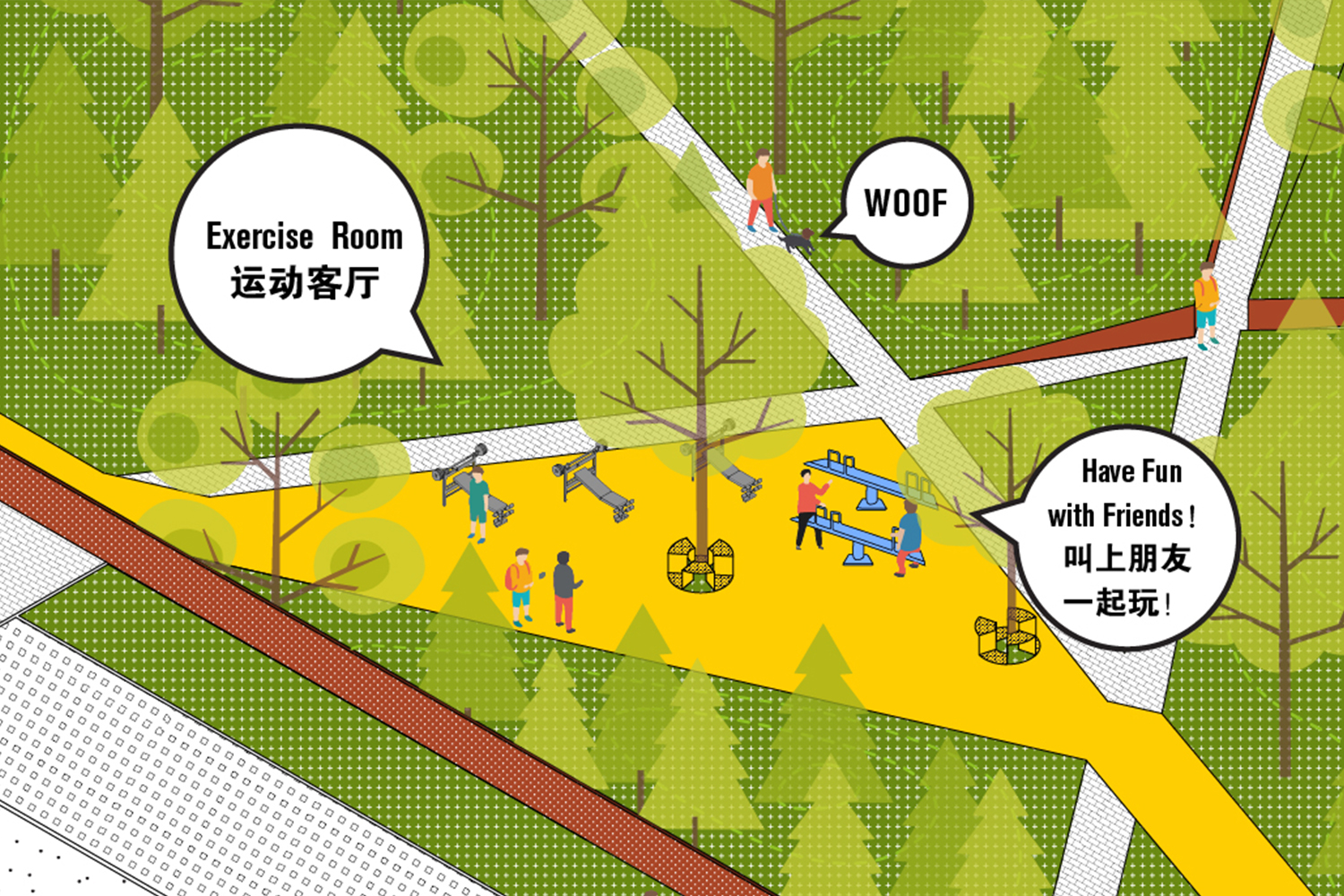 Location dynamics of art clusters in the Chinese capital
Beijing’s rapid economic transition, unique political atmosphere and immense urban growth have shaped a trajectory of prominence of art villages in its metropolitan region from the 1900s. Its origins can be traced back to Yuanmingyuan, the grounds of the Old Summer Palace in the north-east of Beijing, where artist settled from all over China celebrating a creative community and period of intense artistic exploration. After this movement ended in 1994 many collective groups were constantly replicated around this urban fringe outside of the third ring, namely Factory 798, Caochandi and Songzhuang Art District.

The latter one has seen the largest development in recent years, with more than 5,000 artists living in its grounds and 35 large and medium-sized fine arts galleries, it is certainly one of the largest gathering of contemporary artists in China if not in the world. Centered in the village around Xiaopu, in Songzhuang Town of Tongzhou District, the major factors influencing this location were escaping from the fast-paced city and pressures of modern society while living side-by-side with the local population; this odd combination of art visitors and an aging population created an interesting scenario, where each group has their own needs for public spaces.

Appointment for the pilot project of Songzhuang’s new urban planning
Understanding the challenge of offering versatile and inclusive communal facilities, a masterplan competition with international participation to reaffirm the importance of the new model of “Art City” was organized in 2018. In this framework, Crossboundaries was commissioned to regenerate a linear streetscape adjacent to a parking lot close to the Xiaopu Cultural Plaza into a lively outdoor community park.
This project is the first realized vibrant design of many to come that will follow the lead of the new communal spirit.

The park is created to suit the site environment with a proper choice of material and plantation, combined with carefully designed spatial configuration, sequence, and atmosphere. The main component of the structure is a perforated grey brick wall with integrated seating in designated areas, alternating with a double lower layer of perforated Corten steel. Behind it lies a green zone filled with Southern Chinese pine trees and low bushes, forming a natural buffer to the parking area that can be accessed through various hidden pathways.
On the street side, long planters framed with Corten steel edges contain Persian Silk trees, they form a natural separation from the busier road to the public area, which acknowledges the new addition to the site combined with the existing and preserved more mature trees (Chinese Locust trees) embedded within the re-used pavement stones.

The L-shaped plot features a series of outdoor ‘rooms’ that provide unrestricted usage and trigger a variety of activities along a linear loop track, a connecting element meandering between the street side pavement and the park at a pocket of the site. The yellow track connects the rooms physically with each other, as well as forms a visual link between the different public areas. The path is leading all the way into and through the small park area, which depicts a more natural landscape with London plane and Ginkgo trees in contrast to the organized promenade in the front. Linked by the yellow track, these rooms offer different levels of enclosure and boundary along a sequence: from completely open, forming a plaza like a prelude, to a slightly more defined area with a semitransparent grey backing wall, to a fully enclosed one but open to the sky, and finally a less strictly defined one within the new park zone, where only the ground surface marking its expanse.

A day through the life of the different scenarios
Transforming the initial street corner into a small plaza, the first room opens up a semicircular space defined by angular brick walls and large mirror surfaces. In the morning, it’s a place for tai chi and fan dance, while in the evening, it attracts groups of rhythmic dancers. The occasional dog owners with their beloved pets are seen along the bright yellow asphalt loop that connects the rooms.

The second room is a place for tranquil interactions: long benches along the stepping profiles of interspersed brick walls invite Chinese chess players and their audience; groups of elderly ladies chat in the shadow of the trees; grandparents looking kindly after babies. On the weekends, younger people take selfies in front of the grey brick and Corten steel backdrop with drinks from the café across the road.

On the corner to the extending park, the third room is all about children’s play: a bright yellow room inside a room; layered brick walls with differently sized openings for peek-a-boo and hide-and-seek; connecting speaking tubes through which shouting and singing can be heard. In front of it, grandparents, parents, and other caretakers can watch the children play from a distance.

Inside the rectangle of the park, the yellow loop track itself spans up the fourth room, increasing in size to an open-air gym, an exercise space in the middle of green meadows. Between the sports equipment and the circular seating, all community members find their own place.

“The community park has proven a great success on bringing the district government agenda and investment plans together with a way of living that strengthen its own authentic heritage as a place for collective art and influence,” – says Dong Hao, Crossboundaries’ co-founder.

The streetscape meets with responding to different people’s needs: the inclusive nature of the design, its variety of inviting, bright spaces with colorful accents was adopted and occupied instantly and stands for a true example for integration and encouragement of interaction for all age groups.

Furthermore, Songzhuang Micro Community Park helps growing the largest gathering place for artists in China in a symbiotic relationship together with the community.

“It is an important milestone in the Songzhuang Xiaopu Art Zone Urban Design development, says Binke Lenhardt, co-founder of Crossboundaries, being the first executed project of the masterplan and a valuable example of quality public space for well-being and social encounter.”